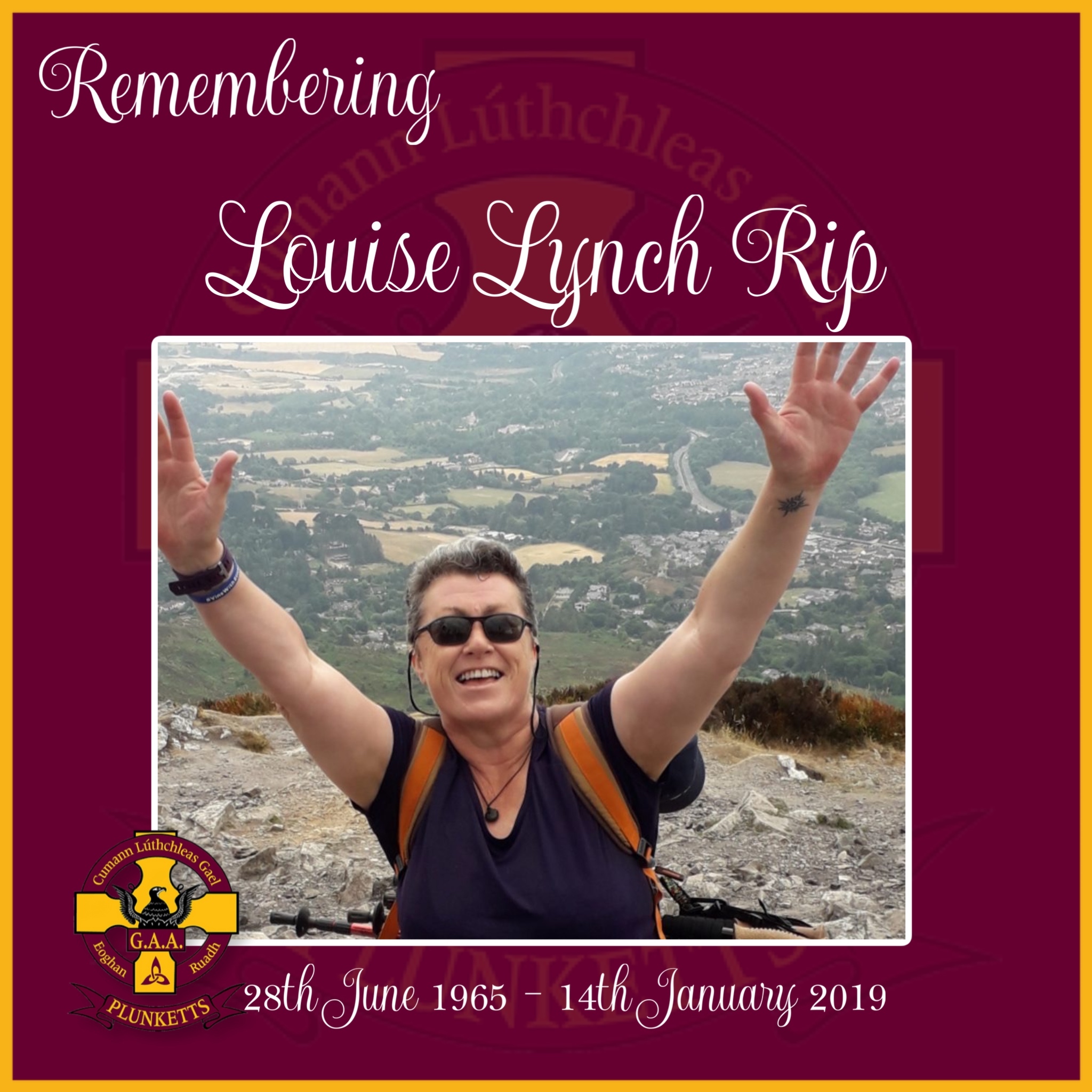 On the 4th anniversary of the passing of the Louise Lynch RIP, we want to honour the memory of this club SUPERSTAR - her grá for camogie started when Plunkett's first set up camogie in the late 70's.

Louise was involved in the team that won 3 championships at different levels in the 80's bringing Plunkett's camogie section to Senior status for the first time.

It was during these years that Louise came to the attention of the Dublin Camogie selectors & from 1984 was called up to the panel where she held a place for many years to come.

I have an image in my head of Louise, right corner forward, like a dancer, strong and graceful, launching herself into the air to catch the puck out and seamlessly send it over the bar, another point towards victory....

At that moment she is standing on the shoulders of every member of our team.

We worked hard together to become the best team we could and move up the ranks. Year after year,  led by Christy and supported by family and community we were successful in many hard fought finals.

There was much joy and some tears, especially when Christy, our inspiration and much loved mentor died.

Decades later in January 2019 we gathered once again as a team to bid farewell to our friend and much loved team mate Louise. It had been many years since we had come together as a team but the years fell away, the friendships and bonds formed decades before came back naturally and with ease.

It was this experience that showed us that club, community and shared experience can shape us and stay with us for life. We are scattered far and wide but on that day we came together as a team once again.}

In 1992 Louise moved to Marino/Vincents where she played both football & hurling.

Louise played with Marino Camogie Club from the early '90s, winning five Dublin Senior 'A' c'ships from 1992-1996 and a further Dublin and Leinster title in 1998 with St. Vincents (following the amalgamation of both Clubs).

Louise also collected two All-Ireland Sevens trophies, in 1991 and 1995. She played Camogie for Dublin at both senior and junior level during the '90s and also won an All-Ireland Junior Ladies Football medal with Dublin in 1989.

She was a terrific Camogie player with a blistering turn of speed and an innate talent that made her almost impossible to mark. She left her mark wherever she went and will forever live in the hearts and memories of her beloved family, her teammates and all who knew her.

A BIG THANK YOU FROM THE SENIOR HURLERS

The Senior Hurlers wish to thank all those who supported ...

TABLE QUIZ THIS FRIDAY EVENING AT 8:30pm for the U9 girls...

By Alan O’MaraWelcome to my second column as part of the ...

Get live information for Club on the ClubZap App